It is hard to find substitution tilings with dense tile orientations (like the pinwheel tiling) that uses a single prototile with fractal boundary. The fractal version of he pinwheel tiling by Frank and whittaker uses 13 different prototiles.

An extensive computer search revealed that there are only two substitutions producing tilings with dense tile orientations using five copies of a single fractal prototile. Both substitutions use the same prototile. One substitution is shown here, the other one is obtained by dissecting the blue two tile patch in the supertile in exactly the opposite way into two of the tiles. 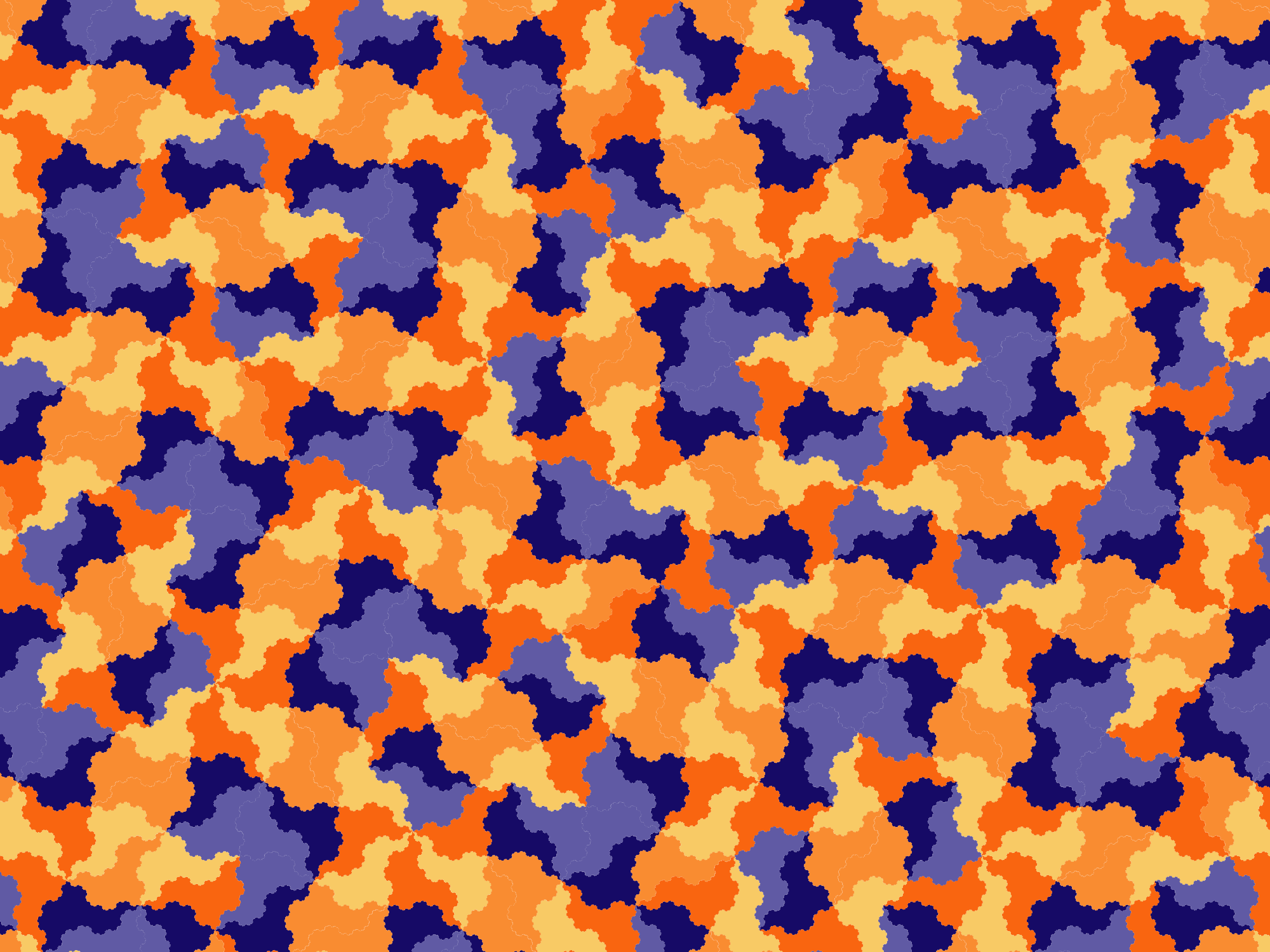