This Wanderer tiling is one in an infinite series of substitution tilings by Joan Taylor based on paper-folding sequences. It uses a single square tile with four distinct rotations and two distinct reflections. Here we use colours to distinguish vertical (blue) from horizontal (ochre) tiles. In the substitution rule the orientation of the tiles is indicated by a line in the interior of the tiles, the chirality (left-handed vs right-handed) is indicated by a point. In the large patch below these lines and all edges are omitted since the interesting feature are the patterns produced by ochre resp. blue squares.

A relative of this tiling is the Wanderer (reflections), where tiles are not coloured according to horizontal vs vertical, but according to chirality. 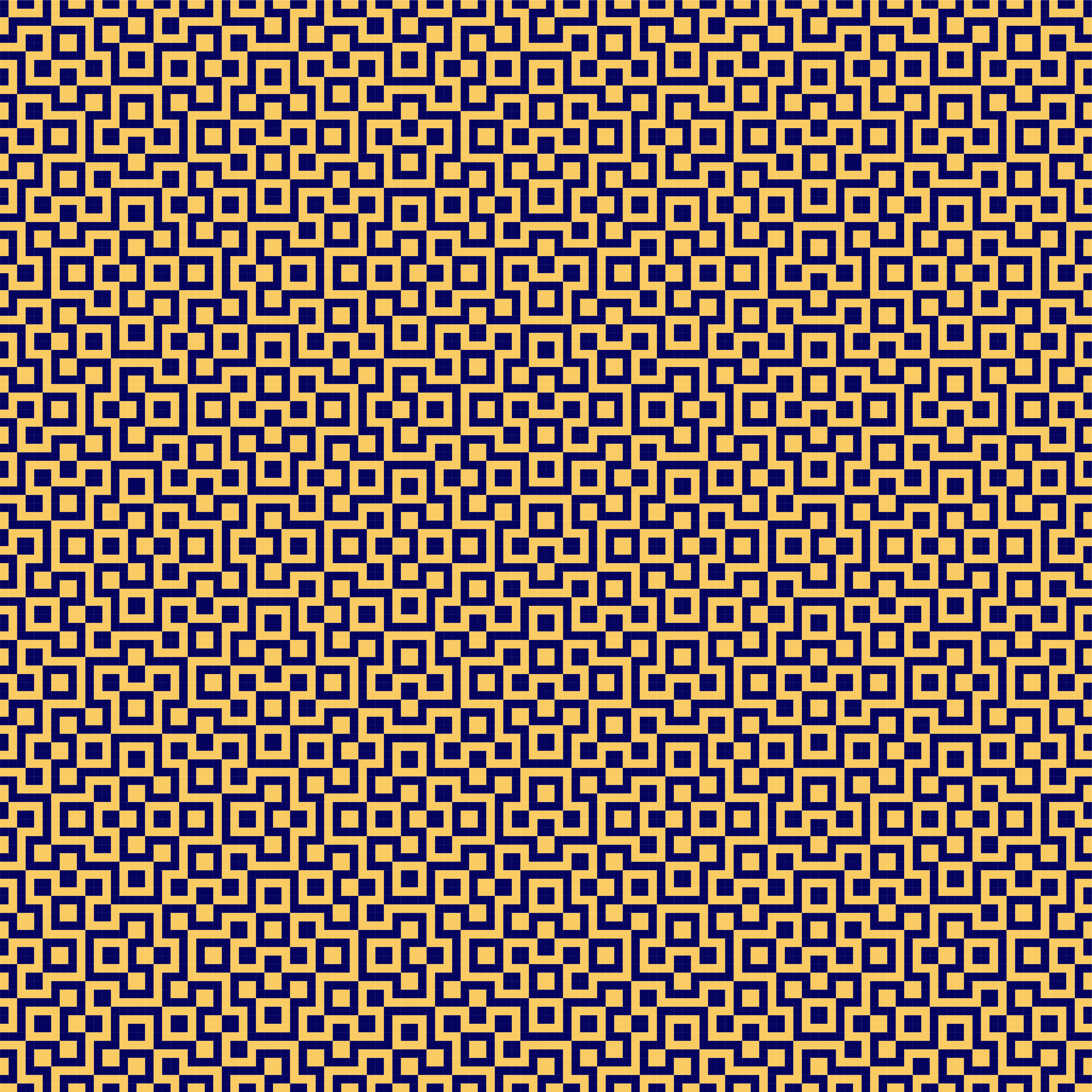